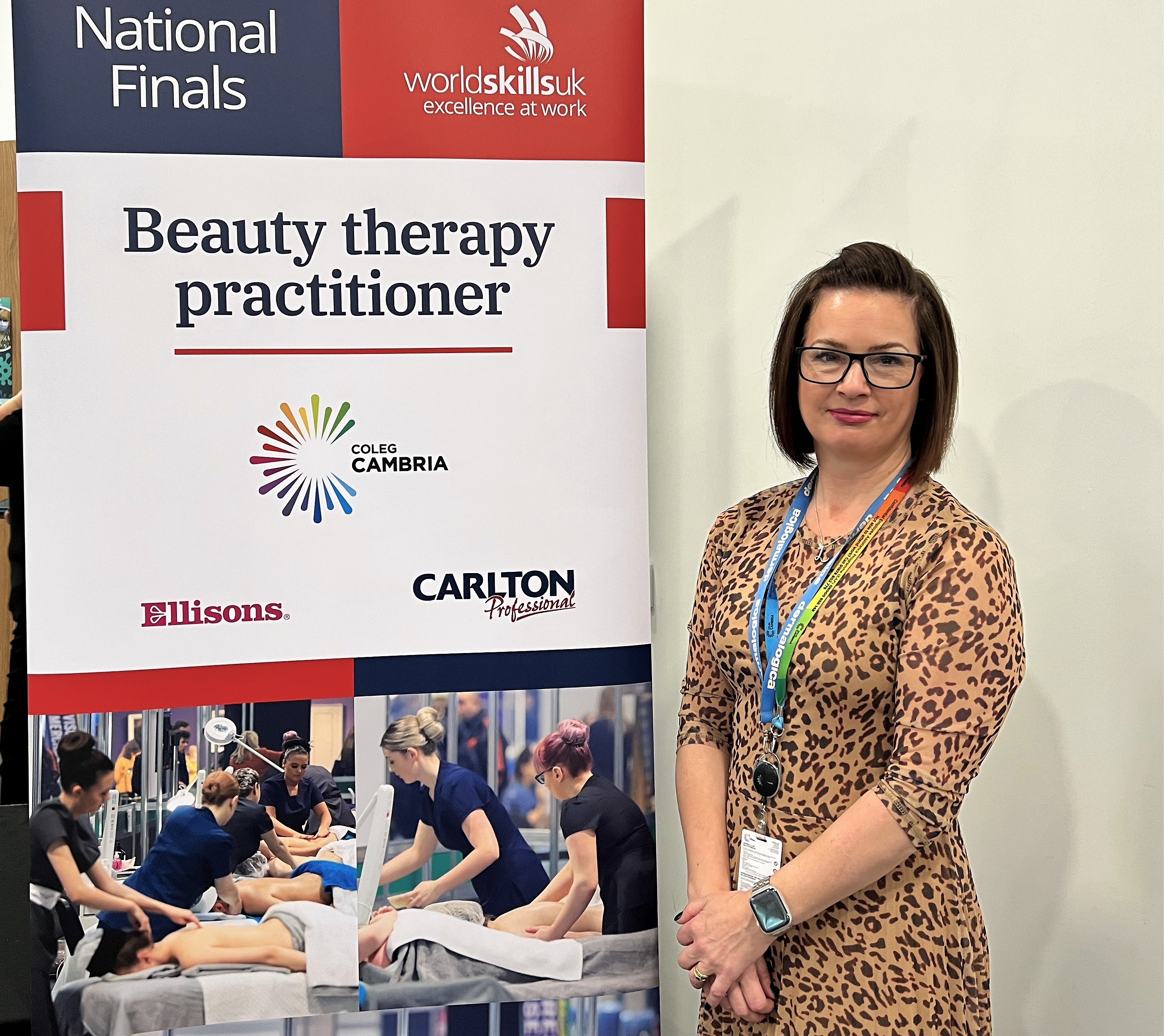 DRIVING excellence is part of the fabric at Coleg Cambria.

And that ethos has led to dominant performances in the prestigious WorldSkills UK finals.

The north east Wales institution has created a high-potential programme which identifies and encourages learners who have shown promise and the ability to achieve great things in their chosen field.

Among those developing a positive mindset among the students is Ruth Payton, a Beauty Therapy lecturer and coach for the programme at the college’s Deeside site.

Formerly a performance coach for WorldSkills UK, Ruth follows the student journey from regional to national level, and on the global stage.

“I noticed a real determination among our UK finalists, which is perhaps linked to the challenges they – and all of us – have been through during the Covid-19 pandemic,” she said.

“We are seeing a new type of competitor, more resilient and determined that nothing will stand in their way.

“That’s the mindset we are trying to create at the college by replicating the environment they face at WorldSkills; we have held boot camp activities and are preparing them mentally, because if they are successful at the UK finals and achieve a medal, they’ll be invited to be part of Squad UK and embark on an intense training programme ahead of Shanghai 2022.”

Ruth says those who have “embraced and engaged” with the high-potential programme were able to deal with the combative atmosphere in Kazan.

“The learners were able to problem solve and thrive in that high pressure environment,” she added.

“But it’s not just about the competition, we drive excellence across all areas of the college, both academically and vocationally.

Coleg Cambria is hosting nine WorldSkills UK finals at its Bersham Road and Yale sites in Wrexham, and at Deeside, all this week (November 15-19).

Ruth will be in attendance and has been confirmed as one of five representatives from the college to be named an Educator for the WorldSkills UK Centre of Excellence, which will see more than 40,000 young students and apprentices – from all socio-economic groups across the UK – armed with world-class skills.

For the full list of times and locations for the WorldSkills UK finals at Coleg Cambria, visit www.cambria.ac.uk/events/worldskills-uk-finals/