LEAF Education and Coleg Cambria Llysfasi have announced the start of their national competition to crown this year’s Innovation School of the Year in Food, Farming and Environment. The competition, supported by Waitrose & Partners, aims to engage young people with farming, food production and the natural environment. Secondary schools from across the UK are…

COLEG CAMBRIA has launched a new a dog grooming salon and training academy. The Collar and Comb Dog Grooming Academy at the college’s Llysfasi site will be formally unveiled with a seminar hosted by Julie Harris, co-founder of The Groomer’s Spotlight website. With more than 35 years’ experiences in the sector, Julie is one of…

STUDENTS have joined forces with a wildlife project help save the red squirrel population from extinction. Level 3 NVQ Animal Management learners at Coleg Cambria Llysfasi built feeders and nest boxes for the animals and monitored their progress at enclosures in Clocaenog forest, near Ruthin, during a reinforcement project. They have been supporting the work…

FORESTRY students were given a bird’s eye view of their woodland workplace during a special demonstration. Learners on the inaugural Tilhill Diploma in Forestry and Woodland Management at Coleg Cambria Llysfasi welcomed speakers from the organisation for a drone display and presentations. Tilhill is the UK’s largest forestry and timber harvesting company, and together with… 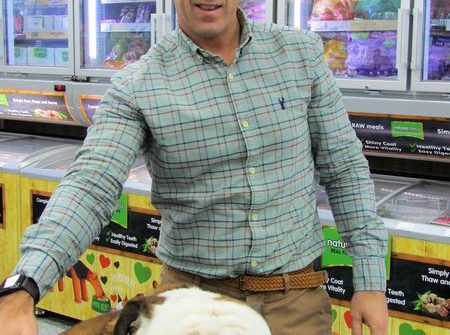 PETPLACE is launching a VIP scheme to reward loyal customers with more creature comforts. The leading independent pet retailer has enjoyed a busy year, taking on new staff and achieving a five-star hygiene rating at its revolutionary coffee bar, play park and cinema in Abergele. The company had earlier been presented with a prestigious Investors…

THESE are the first images of the new £1.2million community learning complex to be built at Coleg Cambria Llysfasi. The facility will serve people in rural areas of north east Wales as part of the Welsh Government’s Prosperity for All vision to provide more education links in towns and villages across the country. The two-storey…

COLEG CAMBRIA is to build a £1.2million community learning hub at its land-based Denbighshire campus. Llysfasi college has been earmarked for a project supporting the Welsh Government’s Prosperity for All vision to provide more education links in towns and villages across the country. Work is expected to begin next year on the Ruthin Road centre,…

A WORLD-RENOWNED animal psychologist who trained the Queen’s corgis has praised a North Wales pet store for opening a revolutionary play park and cinema complex for dogs. Roger Mugford is known far and wide for his work in behavioural therapy, which has seen him give talks internationally and win a coveted Blue Cross Welfare Award….

The first nine apprentices to take part in an innovative collaboration between their employer and a top college have started their course. Jones Bros Civil Engineering UK and Coleg Cambria have partnered to modernise the approach to delivering higher apprenticeships in civil engineering. The change to the modular delivery is to suit the needs of…